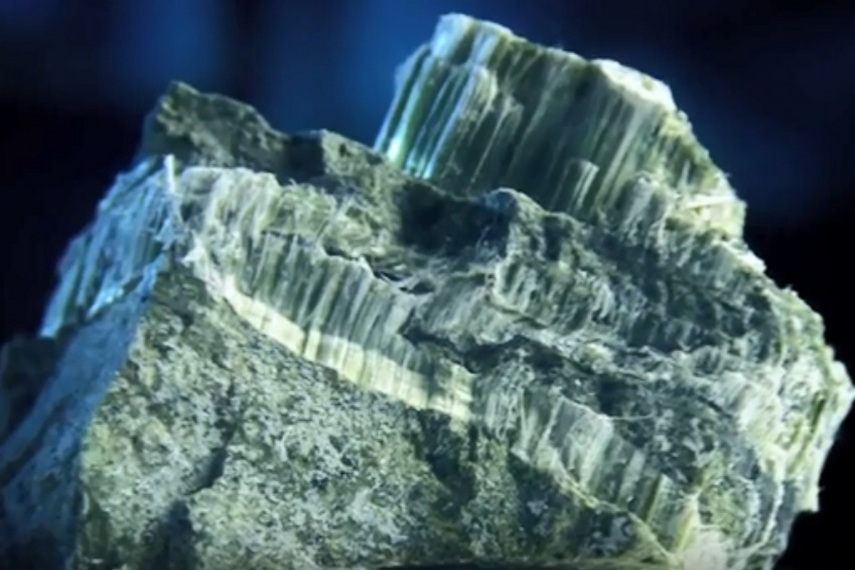 S.A.Shkarednaya, the leading expert of the noncommercial organization "Chrysotile association"

Antiasbestine campaign is initiated and conducted by corporations of the European Union countries already more than 30 years. Frequently, taking on trust everything that Europeans speak, and in some cases using their slogans in competitive struggle, antiasbestine campaign joins the Russian dealers of manufacturers of alternative materials. In what the real reasons of antiasbestine aggression?

Asbestos is the generalized name of the big group of fibrous minerals of the natural origin belonging to two various kinds. One of them - serpentinite which concerns chrysotile, another - amphibole which concern aktinolite, amosite, antophilite, crokidolite and tremolite. The named versions of asbestos differ crystal structure, a chemical compound, physical and chemical properties and, as consequence, various biological and chemical activity. One of the basic distinctions consists that chrysotile is steady against alkali and is dissolved in sour environments, and all amphiboles are steady against acid.

Chrysotile possesses a unique combination of useful properties what any doesn't possess natural or the created substance thanks to what he became irreplaceable in many industries, in manufacture of thousand kinds of various materials and products is artificial. Among them: asbestos cement products - slate wavy and flat, pipes, front materials, electro-insulation boards and others (in them it is used about 90 percent extracted in the country chrysotile which serves as a reinforcing material as a part of cement weight); textile materials from an asbestine fibre - the fireproof fabrics condensing linings, cords; rubber-asbestine products - brake rings and boottrees; heat-insulation materials; asbestos bitumen materials - roofing roofing material, the asbestine paper impregnated with bitumen; waterproofing materials and others.

Even this it is far not the full list of materials and products testifies to high utility and wide application of chrysotile of which in 1980th years was extracted in the world annually more than 6 million tons. However by manufacture even in such volumes asbestos was scarce raw materials, it didn't suffice. The requirement increasing in him, especially in post-war Europe which does not have the stocks, should lead to creation of alternatives to chrysotile-asbestos and the materials containing him.

Thus there was inevitable a competition which has reached to extreme sharpness in struggle for commodity markets. She also has provoked antiasbestine boom under the ecological flag, which basic idea - an absolute prohibition of use of asbestos. But, as the facts testify, this boom is caused not by care of preservation of health working in contact with хризотилом, and осознанно the directed protection of interests of the transnational companies making artificial materials and offering them as his substitutes.

Chrysotile is present at biosphere since formation of the Earth owing to processes of aeration of rocks and if he was so it is dangerous, as supporters of his interdiction lives on the Earth shouldn't be any more inspire. From the substances representing health hazard, under the influence of antiasbestine propagation at people on hearing only asbestos, instead of arsenic, not chrome, not nickel, not coal pitch, not a wood dust and salty fish and many other things, and at all dioxine (according to the United Nations, the most toxic substance, as it токсичнее, than fighting poison gases). About many other substances concerning group of carcinogens, anybody, except narrow experts, doesn't own the information. On the American classification of toxic substances dangerous to the person including more of 200 carcinogens, asbestos is named in second hundred, but only experts know about it too.

At so-called European-quality repairs such carcinogens as phenols, formaldehydes and other toxic substances, sate vital space. But nobody is afraid of it and doesn't reflect at all on the remote negative consequences of their action on life-support systems of the person. Asbestos containing materials, in particular a fibrocement, on classification of the International agency by cancer studying, don't concern carcinogens. But this fact is intentionally ignored by antiasbestine lobbyists.

One of the reasons of the European antiasbestine boom - economic interests of the companies struggling for the world markets of sale of production, including in Russia. On an asbestine phobia gain money many: lawyers, inititating processes on protection of the rights of pseudo-patients; doctors - on false diagnoses; propagandists of an interdiction of the asbestos, driving about worldwide it is obvious not from altruistic promptings; the firms specializing on removal (without any on that of the reasons) asbestine materials from buildings and constructions. It is a some kind of the financial pyramid, which each link receives the share of profit. According to the published data, only in 2008 the profit of lawyers has made 600 million dollars. He last role in antiasbestine campaign is played by representatives of the parties struggling for the power and involving in the numbers of the high-ranking antiasbestine lobbyists.

Actively spread thesis about danger of chrysotile use has no products neither scientific, nor practical acknowledgement. Following facts testify to it. Chrysotile both materials containing him and products are widely used in the European countries more than 100 years. After in 1901 in Austria the first patent has been granted on him, tens factories on fibrocement manufacture have been constructed in Europe and in others regions the world. An incontestable fact is that wide use of a fibrocement hasn't affected life expectancy of Europeans.

More than half of Russians live in houses with a slate roof (and in countryside of 80 percent), constructed in the fifties last century. Among them it is not revealed any inhabitant, suffering by asbestine diseases.

Unique experience of the scientific different countries of the world having results of long-term complex researches of consequences of professional contact with chrysotile, testifies that at controllable use it is not required acceptances of any emergency measures, such, as his interdiction or replacement with other substances. On the basis of the given Russian and foreign researches it is established that biological activity of chrysotile in 100-500 times is less, than of amphibole, in a considerable quantity applied in the European countries up to 90th years of last century. Amphibole use is forbidden by the Convention the SQUANDERER No.162 "About a labor safety at asbestos use", 1986.

Controllable chrysotile use - main principle of minimization of occupational diseases - can be provided by performance of domestic methodology and following to principles of hygienic rationing and control according to sanitary-legislative documents. However supporters of an interdiction of application of chrysotile not only ignore results of numerous researches, but also deform them. Asbestos without distinction of his kinds (chrysotile or amphibole) name asbestos containing materials and products in which chrysotile fibres are in the connected condition, for example, with cement or pitches, and be allocated from them can't.

Negative influence of antiasbestine campaign on the Russian enterprises leads to demand reduction on chrysotile both materials containing him and products. It is promoted also by process of adaptation of domestic system of settlement to the European specifications in which course use of materials and the products containing chrysotile in some cases is excluded from domestic specifications.

It is fraught with serious economic losses for the country as it is negatively reflected in industrial activity of hundreds enterprises which are compelled to replace chrysotile with other substances variety from which in Russia isn't made, that is the enterprises become dependent from import. They can't provide in one stage all Russian consumers with the production because of problems in connection with raw materials import that is equivalent to considerable decrease in volumes of output by many enterprises, and as consequence growth of social intensity. The production technology and consequently, the cost price of made materials and products and the price of objects in which they are used raise. Reliability and durability of technics as any of known substitutes doesn't possess all set of properties natural chrysotile simultaneously decreases. Working conditions frequently worsen: the majority of substitutes isn't studied from the point of view of their influence on health of the person and environment. The market of the Russian manufacturers is given to competitors from the European countries.

Myths about danger of asbestos - a bright evidence of that business pursues the interests which disperse from interests of simple citizens. Our aim - to resist to an interdiction for chrysotile use.

According to the former president of the International association of medicine of work, the adviser the CART and the SQUANDERER, R.Mjurrej (Great Britain), the people who are not owning the scientific data about asbestos, for fear before it had the paranoid condition especially dangerous to people, accepting critical decisions.